Following a six-day Public Inquiry with highway matters the key contested issue, we are delighted that we have helped our client secure a positive Appeal decision following two unsuccessful planning applications, for what will be a great development at Meadow Lane in Trentham, Stoke-on-Trent.

The inspector (John Felgate) found that even taking into account the 227 new homes proposed, the effect of the associated junction improvements would be to “significantly reduce queueing and delays”. The Council presented an alternative and significantly different projection, claiming a severe impact would result from the scheme, but the Inspector found “no compelling reason to doubt the adequacy of the appellant’s modelling” and “therefore, the overall net effect of the development would be to improve conditions on Meadow Lane for all traffic”.

In response to the Council’s claimed significant impact on road safety, the Inspector concluded that “the proposed improvements would also improve on the junction’s current level of safety, particularly for pedestrians, and would achieve an appropriate balance between safety and capacity considerations”. 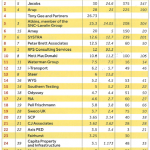 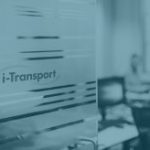